Dockstavarvet participated in LIMA 2005, the fourth consecutive show in order. Presented this time were both the Combat Boat 90 HS and IC 16 M, both types operating in malaysian waters within the Royal Malaysian Navy and the Royal Malaysian Customs.

CB 90 during test trial in the Amazon, Brazil

LIMA 2005 was held in Langkawi, Malaysia and kept for the 8th time. Dockstavarvet was one of 164 maritime exhibitors and this year the exhibition was attended by over 30,000 visitors with chief naval officers from 29 countries. 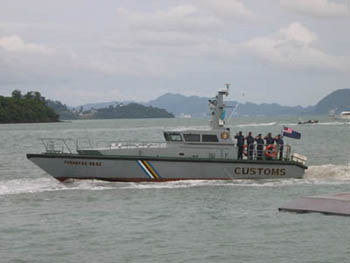