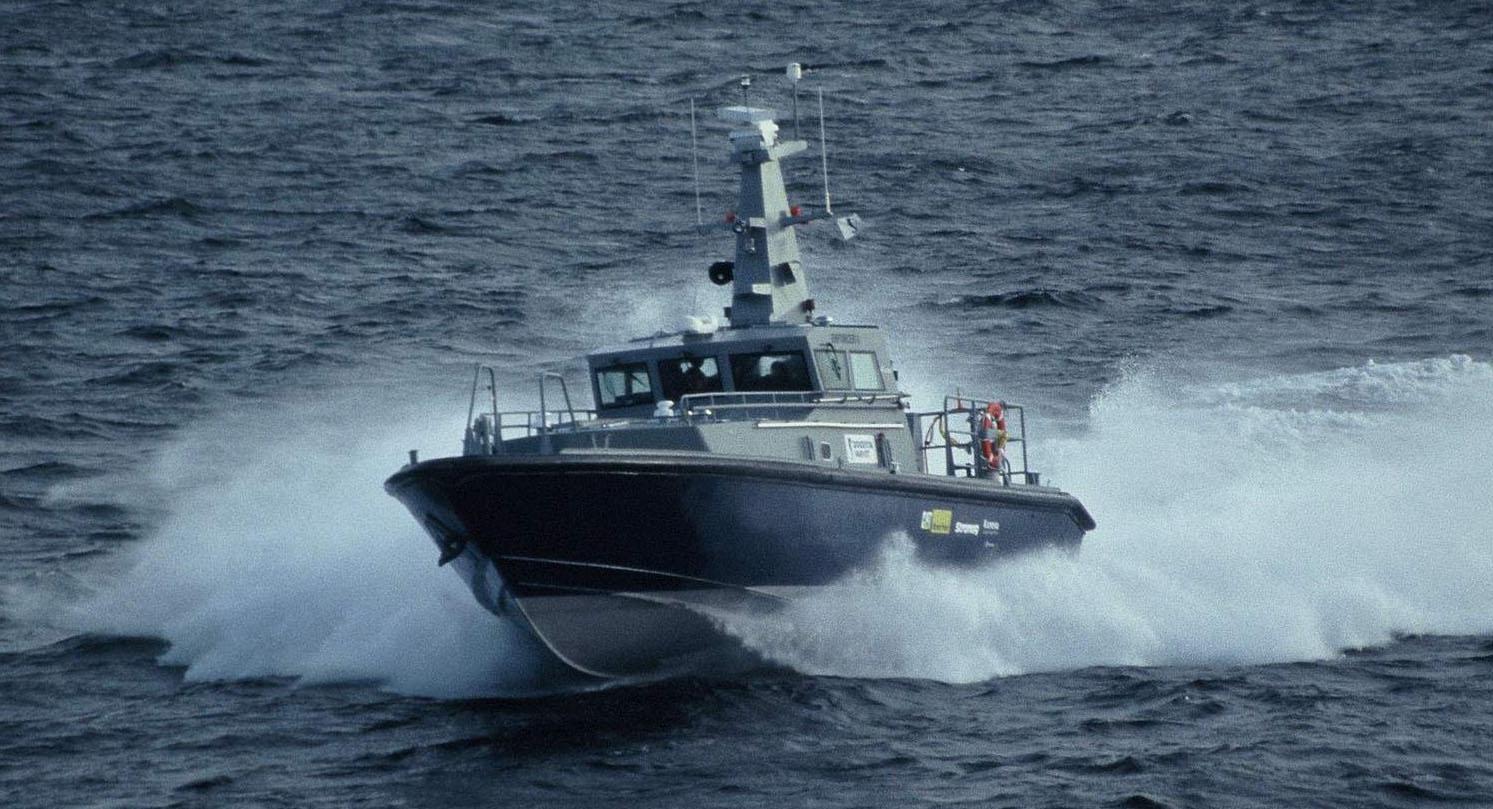 Following a modification of the legislation, pilot services in Danish waters has recently been opened up for private competition. Danish Pilot Service A/S started operation in September 2007 and already employs 15 pilots. The company is based in the Port of Fredericia and serves also Abenraa and Ensted as well as sea pilotage to Kalundborg and Stigsnes. Boarding service is performed with three 15 knot Launches and a large Cutter strengthened for navigation in ice.

To improve response time and cut down transfer time DPS has now bought a High Speed Aluminium Launch from DOCKSTAVARVET in Sweden. The new vessel was built by Docksta for their own account as a demo and test rig for a new class of Interceptor Craft. Under Swedish flag she has sailed as ENFORCER II and she has also been hired by several Security Organisations as back up on special occasions calling for extra high speed capacity.

The 15 x 3.8 meter vessel is fitted with 2 x CAT C18 engines and waterjets giving a top speed of 50 knots. The engines have now been de-rated to a top speed of 42 knots and the arrangement has been modified with additional fendering and a boarding platform system.

Under Danish flag she will be named P/V SERVUS and will definitively be one of the fastest Pilot Launches in the world.