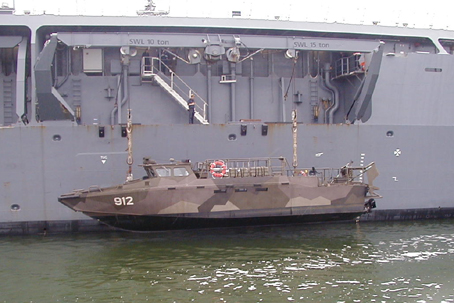 Great Britain and the Netherlands are lending 2 rebuilt CB90 boats from Sweden for a six month trial. The boats were upgraded here at Dockstavarvet so that the boats could be lifted up with existing davits on Dutch and British ships. During the trials to verify if the 2 point lift system function as good as it should, the 2 countries can look closely at the CB90.

Both the Dutch and the British navy want to be able to operate in coastal areas and they need to supplement their landing craft with some kind of assault craft. There is also the requirement that boats easily can be taken on board the larger vessel to be carried over longer distances associated with international operations and be used anywhere in the world.